You are here: Things to Do > Chapel Royal 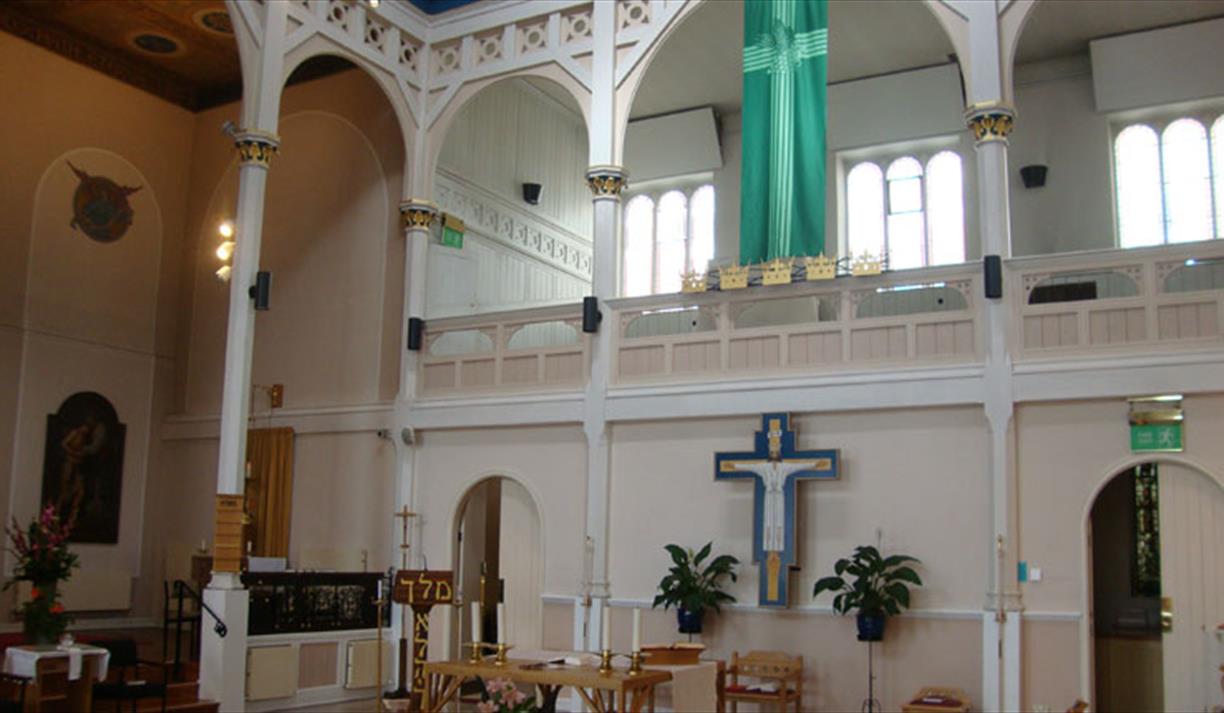 Situated on one of Brighton's main thoroughfares, the Chapel Royal is easy to miss: its facade blends in with the shopping street: it could be a bank, or a small civic building.

But, steeped in history, it is a very welcoming and peaceful place to visit, to escape the shopping crowds, attend a concert or, of course, to worship.

The Church itself - adjacent to the side entrance of the Royal Pavilion - was founded in 1794 to cater for the rich and famous, drawn by the circle of the Prince Regent (later George IV). He laid its foundation stone, and attended the opening in 1795.

It remained the fashionable place to worship until a new private chapel was opened in the Pavilion complex itself in 1822, after which the Chapel Royal went into a gradual decline. During the late 19th and 20th centuries, it developed a more local congregation and, since 2009, has become the Parish Church for the Steine, Albion Hill estate, the Lanes part of the City Centre, and most of the North Laine area, with a mixed and loyal congregation.

The present building is the result of extensive restoration by the notable Victorian architect Arthur Blomfield. The exterior is a simple red-brick and flint Victorian Romanesque, with a tall, almost Gothic clock tower with matching Gothic doorways. But the interior still feels Georgian, with its simple, light colour scheme and vertical emphasis.

The church hosts a friendly coffee shop on Saturdays (home-made cakes!) with the proceeds going to charity and regular concerts, and is home to a number of community groups.

The Chapel Royal is an Anglican Church and the weekend services are at 5.30pm Saturday evening and 10.15 Sunday.

* The Chapel Royal is open: