You are here: Things to Do > St Nicholas Parish Church 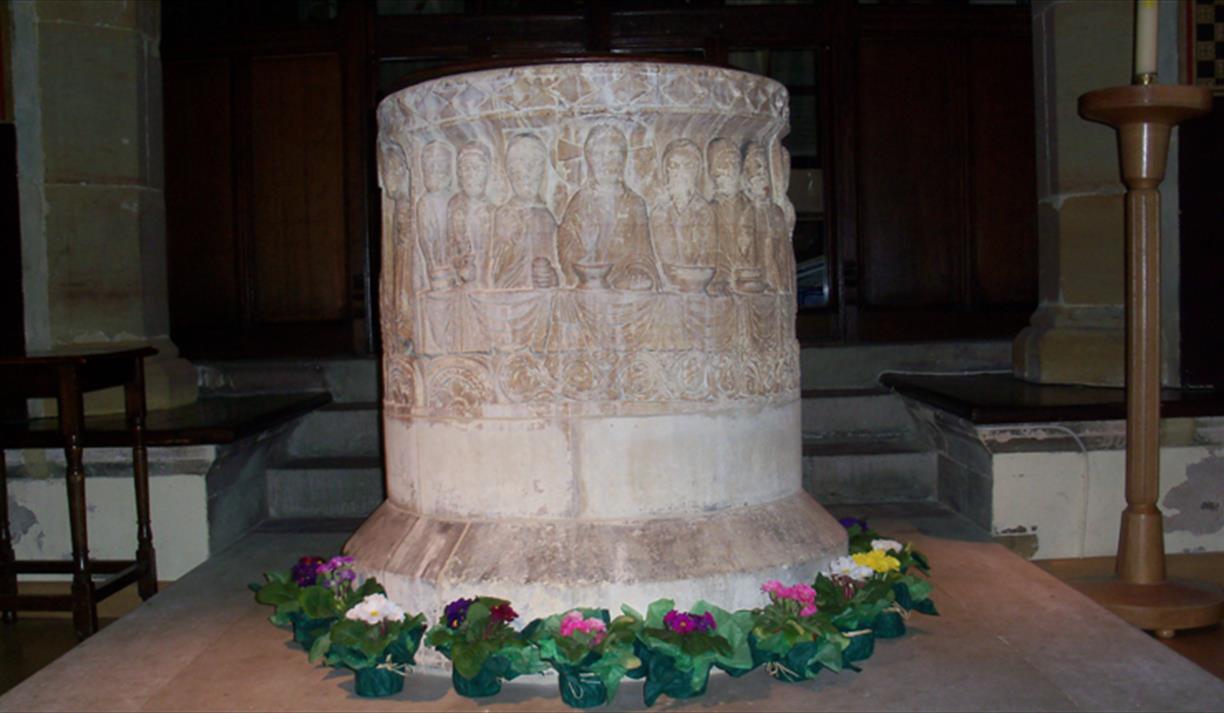 This church is dedicated to St Nicholas, the patron saint of sailors and fishermen and remains the ancient parish church of Brighton fondly known as the Mother Church and the only church in central Brighton of ancient interest.

The earliest known reference to a church in Brighthelmstone, the old name for Brighton, comes from William the Conqueror's great census, the Domesday Book, written about 1085. This states that there was a church, valued at £ 12, which had been assessed as worth £ 10 in the reign of the Saxon King Edward. So there certainly was a church here in Saxon times, though no traces of it remain. On the wall of the south aisle is a list of vicars, far from complete and not always accurate, but dating back to 1091.

The oldest surviving link to this remote past is the beautiful Norman Font, of Caen stone, now considered by experts to have been carved in 1170. In the 17th Century it was placed in the centre of the church and a circular seat built around it, so the font became a backrest, causing some damage to the carved figures. Three of the four scenes carved around it can be identified: The Last Supper (rarely depicted on fonts), The Baptism of our Lord and a legend of St Nicholas. There is doubt about the significance of the fourth scene.

The Tower contains some Norman work and the columns and arches of the Nave, Chancel and Tower, built of Sussexstone, date from about 1380. There is a peal of 10 bells, normally rung on Sunday before the Parish Eucharist.

The Rood Screen is a fine example of carving in oak, dating from about 1480, restored in 2009. The resotration work was awarded the Sussex Heritage award for 2009. The figures that surmount it date from the early years of the 20th Century.

The Lady Chapel, dates from the early years of the 16th Century and may originally have been a chantry chapel.

This old church is full of history though the Church is more than a building however splendid it might be and St Nicholas' houses a lively, committed and growing congregation.

Worship is the mainspring of all that we do and our ministry is to the community which nestles around our building.

* The Church is open for visitors around the mass and recital times.
Please check our website through the above link for timings.
If you are making a special visit to the church please contact the Parish Office first to ensure we can help you with your visit our beautiful church.

This information is self-assessed; therefore we accept no liability for its accuracy. Please contact the venue for further information.