You are here: Things to Do > Who Smashed Brighton Rock? 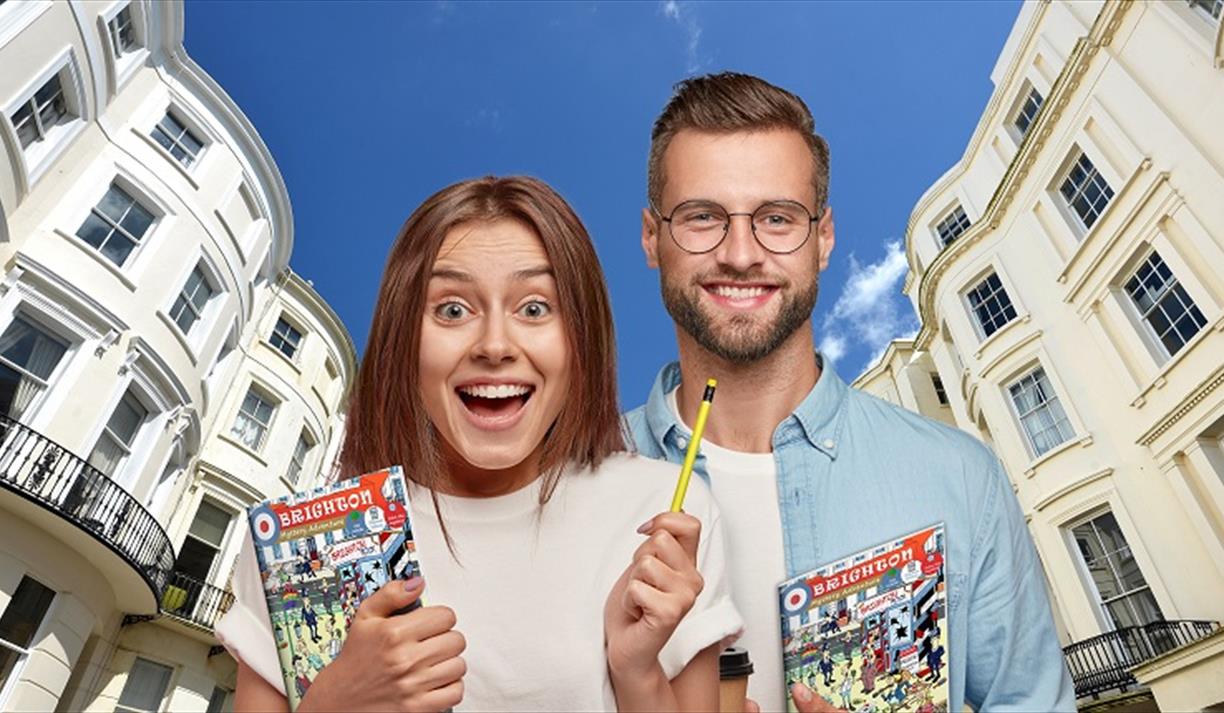 Turn Brighton’s buzzing lanes into an exciting outdoor adventure, with the legendary unsolved mystery of Who Trashed Brighton Rock?!

Can you unmask the dastardly sweetshop saboteur?! (Suitable for adults & older children).

Solve the clues & crack the mystery

Get some fun outdoor exercise!

When Brighton's first major international rock festival was cancelled at the last minute due to 'legal difficulties', it sparked widespread rioting and violence across the city. One of the victims of the damage was local businessman Roger Whitby, who had his historic seafront sweetshop wrecked and sprayed with graffiti. While the police called it a random act of violence, Whitby was sure that he had been deliberately targeted in an attempt to cause him financial harm.

Why was Whitby’s sweetshop targeted? Who was behind this act of vandalism? And why was the rock festival really cancelled? Rumours circulated that a local undercover reporter had the full story of the crime, but his article mysteriously disappeared.

You must follow the route, eliminate the suspects, and track down the mysterious article to get to the bottom of this legendary 60s mystery. On your journey you will be challenged with a range of cryptic clues including word games, maths puzzles, and hidden objects, as you unravel the crime and discover the best of Brighton's fascinating history.

It is recommended that one book is shared between 1-3 people.