You are here: What's On > Advance Base 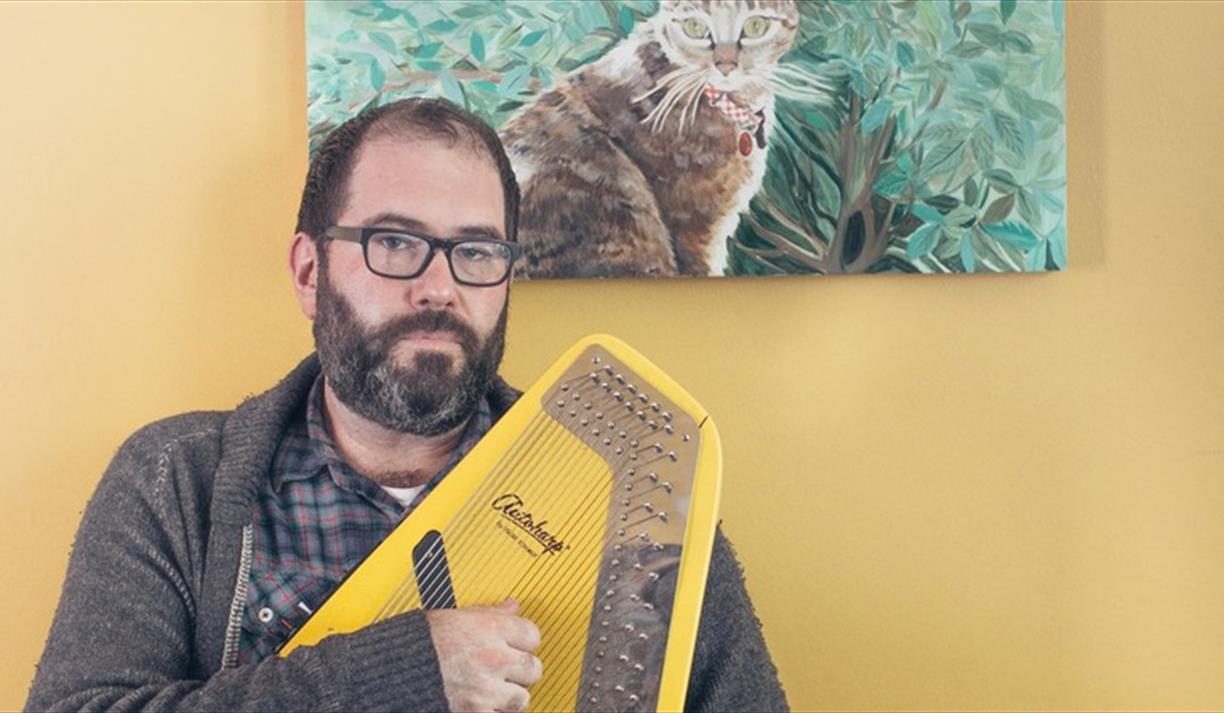 Were excited to be welcoming Advance Base back alongside the UK debut of label mate Karima Walker!

Advance Base is the melancholic synth pop project of Chicago, IL singer/songwriter Owen Ashworth (formerly of Casiotone for the Painfully Alone). Using a two-handed arsenal of electric piano, Omnichord, samplers, effect pedals and drum machines, Ashworth builds minimalist, heavy-hearted and nostalgia-obsessed ballads around his conversational baritone. The warm, electronic sound of Advance Base has been described as lo-fi, depressed and weirdly uplifting.

Animal Companionship, the third and most recent 'studio album by Advance Base, was released September 21, 2018 by Run For Cover Records / Orindal Records. GoldFlakePaint and Various Small Flames both listed Animal Companionship among their favourite albums of 2018. Since then, Advance Base has released Wall of Tears & Other-Songs I Didnt Write, a home-recorded collection of (mostly) country/Americana covers arranged for electronic instruments, and Live at Home, a collection of mid-quarantine livestream concert performances and the closest representation of an Advance Base live set commercially available.

Tucson, Arizona interdisciplinary artist Karima Walker walks a line between two worlds. Aside from her long resume of collaborative work with artists in the diverse fields of dance, sculpture, film, photography and creative non-fiction, Walker has long nurtured a duality within her work as a musician, developing her own sonic language as a sound designer in tandem with her craft as a singer/songwriter.

The polarity within Walker's music has never been so articulately explored, or graced with as much intention, as on her 2021 album, Waking the Dreaming Body, which was featured on best albums of the year lists from Gorilla Vs Bear, Goldflakepaint, For the Rabbits, Deepest Currents, Hanif Abdurraqib and more.

With her uncanny Americana, Walker's experimental inclinations have allowed her to explore some previously un-plumbed liminal space on the horizon, somewhere between sand and sky Pitchfork