You are here: What's On > This is the Modern World

This is the Modern World 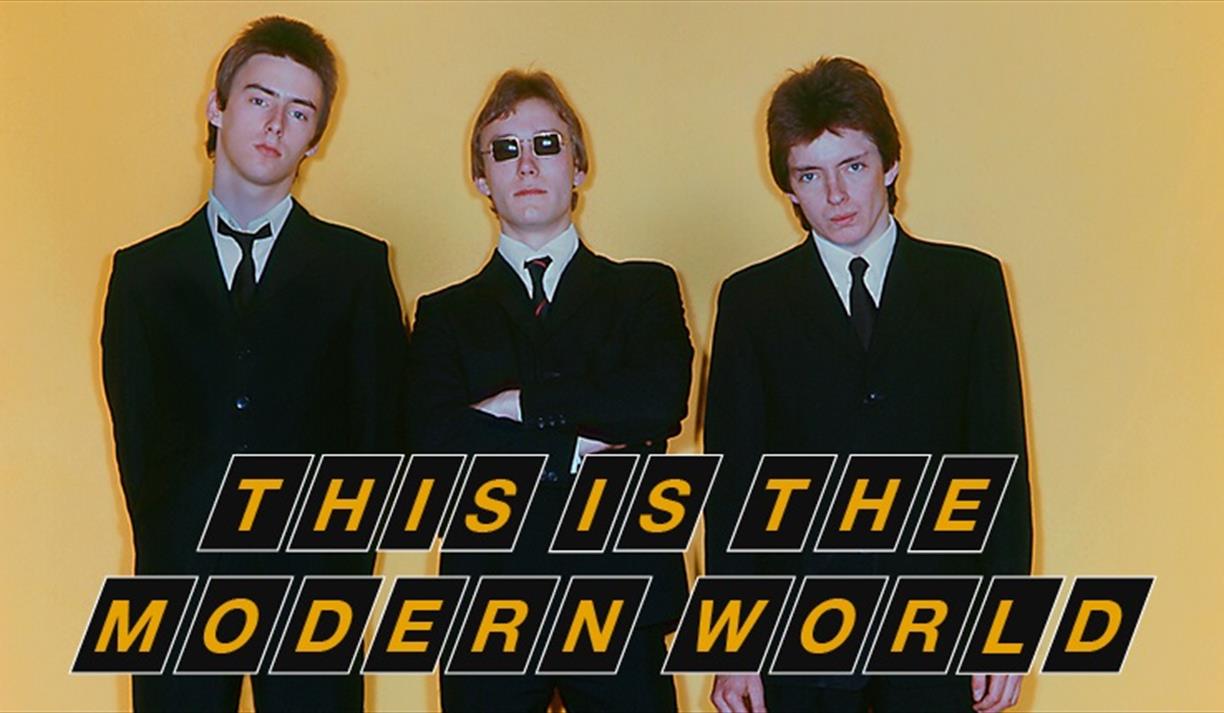 The biggest ever collection of memorabilia spanning two decades of Paul Weller’s career – ‘This Is The Modern World’, launches in its spiritual home of Brighton next year from 29th July and runs through until 29th August 2022.

The Exhibition is situated in Valley Gardens, adjacent to St Peter's Church, at the heart of a city which was the location featured on the cover artwork of seminal Jam album 'Setting Sons' and made legendary by the 1979 cult film Quadrophenia.

A must see exhibition for fans of The Jam, The Style Council and of course Paul Weller, music aficionados and those curious of the lifestyle. This huge collection of rare, mainly unseen material and fan memorabilia, will be accompanied by performances from bands who celebrate the Mod revival era including From The Jam, Secret Affair, The Truth, The Chords UK and The Style Councillors plus Quadrophenia film screenings with Q&A’s featuring key cast-members all held in St Peter's Church.

In a pop-up location on Valley Gardens with a modernist bar and a selection of street and locally sourced food, the event will create a month-long place of homage for Mod’s, fans of The Jam and The Style Council and lovers of UK culture in general.

The exhibition takes its title from The Jam’s second studio album released 45 years ago in 1977 and charts the trio’s journey from Woking to superstardom until their split six years later, (during which the band achieved 18 consecutive UK top 40 singles and over 14 million global album sales), before passing into the era of The Style Council with an additional room of never-before-seen memorabilia.

The personal archives of Paul Weller, Bruce Foxton and Rick Buckler, the Weller family, Mick Talbot and Steve White from The Style Council and those of devoted Weller fans worldwide; all have shared their extensive collections for this show.

Nicky Weller commented, "We want the fans to be involved in this exhibition and to include their memories and special items from The Jam days and will be curating a new area of the exhibition to showcase these. Anyone interested, please do get in touch with pictures of what you would like to include in the exhibition - exhibit@thisisthemodernworld.net

Expect to wander through an Underground station to witness the band’s formative years in the ‘Stanley Road room’, including Paul’s own school books and archive family photo's from the early years.  Each room will reveal iconic items from every year of the band’s career with the ultimate vinyl collection.  Together with a mass of memorabilia and the band’s instruments, including Paul’s iconic Whaaam! guitar and stunning mod-wear flanked by customised Jam scooters.

The exhibition will be designed in reference to album artworks and will feature original graphics from celebrated artist Anthony Burrill and exclusive images from the archive of photographers Martyn Goddard and Derek D'Souza, fresh from his own exhibition at The Barbican, providing a unique and personal vision into The Jam’s trailblazing life and the retrospect legacy The Jam left on music, style, politics and culture.

Elements of this exhibition were previously shown on a smaller-scale at Somerset House, London in 2015 and the Cunard Building in Liverpool 2016.  Since then, the collection has expanded with generous contributions from fans and collectors around the world.

Nicky Weller comments, “If you’re a Paul Weller fan there’s every single thing you can possibly imagine, if you’re not a fan it’s still interesting as far as social history goes. If you’re just a music fan it’s just a noisy fun exhibition".

She continues, “ I’m so excited that we will be taking “This Is The Modern World” to Brighton this year with the biggest collection of Jam memorabilia on show- just a stones throw from the last ever live gig at the Brighton Centre, forty years ago  in 1982".

The most comprehensive exhibition about The Jam and The Style Council, “This Is The Modern World” is the ultimate exhibition for memorabilia lovers. Produced by AGMP and sponsored by Visit Brighton.

This Is The Modern World

Exhibition open daily from 11-7pm. Evening entertainment and special events, food and drink only from 7pm-11pm