You are here: Things to Do > The Chattri 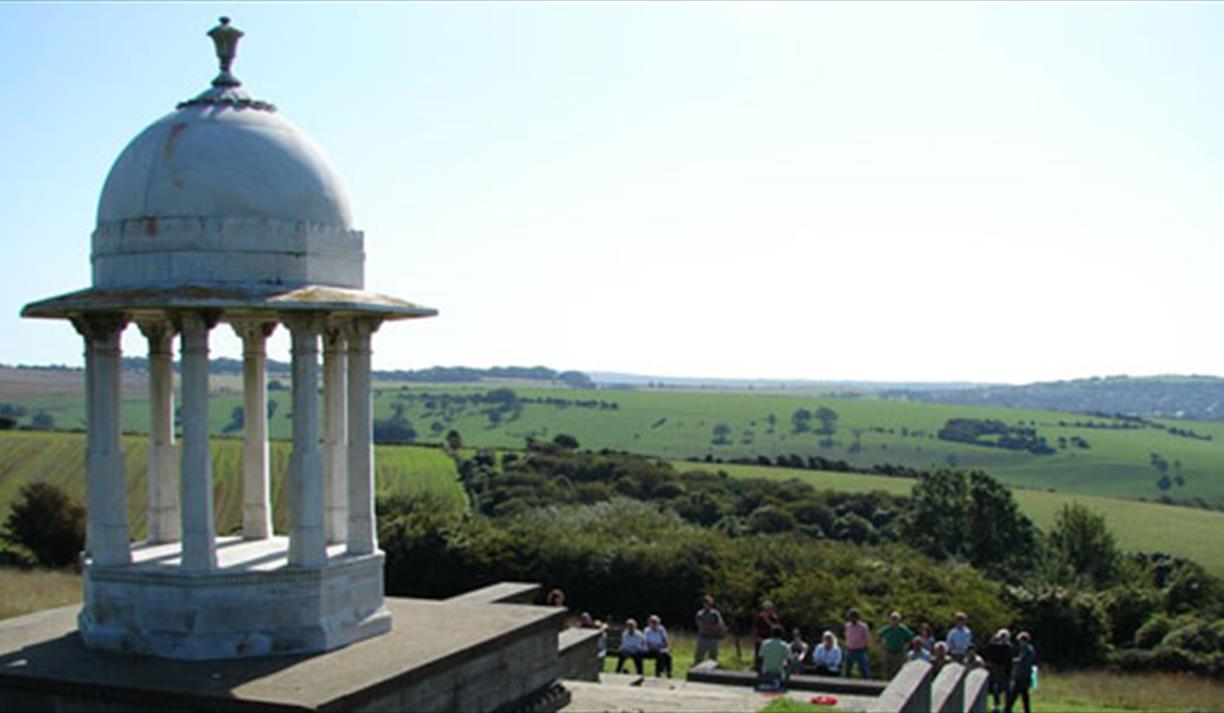 The Memorial commemorates fifty-three men of Indian Army who died and were cremated at Patcham Down ghat during the First World War in accordance with Hindu and Sikh religious rites. These soldiers had all been transferred to hospital in Brighton after fighting on the Western Front in 1914/15. The graves of Muslim soldiers who died in Brighton are in Brookwood Military Cemetery, Surrey.

The inscription on the memorial, which is written in Hindi, Punjabi and English, reads: "IN HONOUR OF THESE SOLDIERS OF THE INDIAN ARMY WHOSE MORTAL REMAINS WERE COMMITTED TO FIRE" The majority were originally commemorated on the Neuve-Chapelle Memorial in France, which is the memorial for 4,700 soldiers of the Indian Army who died on the Western Front and who have no known grave. Fourteen of the soldiers were commemorated on the Hollybrook Memorial in Hampshire, which is primarily for the commemoration of soldiers who died at sea.

The Chattri Memorial was unveiled by the Prince of Wales in 1921 with an inscription that reads: "To the memory of all the Indian soldiers who gave their lives for their King-Emperor in the Great War, this monument, erected on the site of the funeral pyre where the Hindus and Sikhs who died in hospital at Brighton, passed through the fire, is in grateful admiration and brotherly affection dedicated

To learn more about the CWGC: http://cwgc.org

More information on the Chattri can be found at www.chattri.com