You are here: Home > Things To Do > Stanmer Park

With its beautiful woodland walks and extensive open lands, Stanmer Park is just as perfect for a family picnic as it is for a kick about with your friends or those looking for a bracing walk over the Downs.

Situated next to Sussex University on the outskirts of the city, Stanmer is a perfect example of the vast open countryside available in Brighton and remains one of the city's most visited parks.

Stanmer Park is home to a varied range of plant and wildlife. Birds that have been sighted in the park include buzzards, kestrels and owls and mammals such as foxes, badgers and deer are a common sight. You'll also find an array of insect life, many species of fungi, as well as chalkland plants such as orchids and cowslips.

The parkland is home to the knapped flint Stanmer Church. The church in its current flint form was built in 1838, but records of a church on this site date way back to the 13th century. The church is open to visitors every Sunday (excluding Christmas Day when it falls on a Sunday) from 2-4pm during winter and 2-5pm from when the clocks go forward in Spring (around late March). The church is also open to groups by arrangement.

Just past Stanmer House, on the left, you can get a glimpse of one of the park’s hidden gems – the Walled Garden area - through the ornamental ironwork gates. Until early 2019 the home of Stanmer Nurseries, and before that serving as the kitchen garden for Stanmer House, the area is being restored and transformed into an exciting new visitor attraction as part of the Stanmer Park Restoration Project.

Plumpton College, which is running and operating the Walled Garden as One Garden Brighton. One Garden Brighton offers a café, plant sales, horticultural walks and talks, events and enhanced teaching and learning opportunities for all.

Find out more about the Stanmer Park Restoration Project: www.brighton-hove.gov.uk/stanmerproject

For the latest news and updates go to: www.brighton-hove.gov.uk/stanmernews

Stanmer Park is also home to Earthship Brighton - a cutting edge 'green' building, constructed using waste car tyres and other recycled materials. The Brighton Earthship was the first to be built in England and regular tours are available.

The Earthship lies on the site of Stanmer Organics, a community non-profit organisation, which uses 17 acres of council land cultivated  horticultural, agricultural and educational purposes, using only organic growing techniques. Stanmer Organics hold annual community events, such as Apple Day every September, where visitors can discover all about apples through a range of fun activities and events.

Approximately 3 miles north east of Brighton on the A270 Lewes Road, just before University of Sussex

Bus service 77 to Devil’s Dyke runs hourly every Saturday, Sunday and Bank Holiday. Service 78 to Stanmer Park runs hourly on weekends and bank holidays. The park is also very near to Falmer Railway Station. Use the subway under the A27 to get to the park. 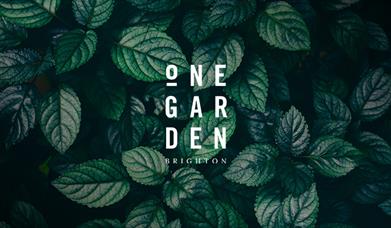 One Garden Brighton, Brighton and HoveA walled garden in Brighton rooted in the past and focused on the future. One…